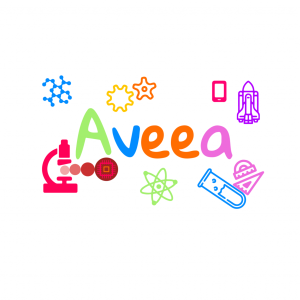 We know we need to move away from fossil fuels, to more environmentally friendlier sources such as solar, wind and hydro, but what are they? Let’s start with wind...

Electricity is here to stay for many, many years. It’s one of the greatest discoveries ever, but the way we create it continues to change. Engineers and Scientists have moved away from fossil fuel-based energy towards more renewable types such as solar, wind and hydroelectric. These sources are now beginning to take first and second place in the production of energy in many countries, bringing our ole trusty fossil fuels down a notch, and for good reason too. The pollutants they release are not good for the environment let alone us, you can tell the difference between a good and bad day when you’re walking down a busy road in London during rush hour and can taste the fumes.

So, let’s talk about a better source – wind, there has been a lot of discussion recently around wind power, specifically the UK and their newly constructed extension – The Walney Wind Farm Extension. A fantastic stepping stone for the UK in a move towards the production of energy coming from 100% renewable energy. Without a doubt, this is a massive positive step into the future. And for those who are intrigued, how exactly do they work? Well, it works very similar to how a windmill operates, however instead of utilising the kinetic energy to grind grains, it is used to convert to electrical energy – through the use of a motor on the rear of the propeller. To understand this at home, you can try this with a spare motor. If you connect the motor to a low wattage bulb, spin the motor around. Congratulations, you have just created your own turbine with a number of small components, of course the real one is just way bigger. You can understand why we have them out in the open now, if you think about the noise that small motor was making, these huge turbines can be quite loud, that with the gushing wind, as the propellers swoop round and round. They are best placed out in the oceans where wind is ample and there is very little to disturb.

Now the term ‘farm’ just means loads of them, one turbine can supply around 1500 households’ everyday year with electricity, now this seems like a great number, but when you realise there are 27 million households in the UK alone, this is where the farm is required. And they are not exactly that eye candy to place them in the middle of a city, as attractive as they may be compared to a dirty coal plant spewing out poisonous fumes.

So, this is where the Engineers and Scientists come in and decide where and what is best, remember there are other sources too! In perspective, around 4 million wind turbines would be needed to provide the world with electricity, that would take up a land mass around the size of Spain, so not really practical. Another source would be through solar panels, now to power the world through solar energy, this would take up far less land mass, around the size of Cuba. So, all the Engineers and Scientists have to do is factor in capital costs, maintenance, noise pollution and efficiency.

\And some countries have done just this, utilising their space and creating huge mega wind farms. China for example, surpasses Walney by a long way. The world’s biggest onshore wind farm produces 8 times more power than the one in the UK, and that’s just right now. By 2020, they aim to produce 20,000MW of Electricity. That is HUGE.

So that’s wind farms explained, they are the future. The quicker we move away from fossil fuels for our energy the better off our planet will be, we only have one planet to look after – it should be our priority.

A lot of what we know about Physics has come from snippets from School, College and a handful of Christopher Nolan movies, and whilst this paints a very good picture, there is a huge amount more that can be explored.

What is Environmental Engineering?

There’s a huge world outside renewable energy that Environmental Engineers play a role in.

What do Biologists do?

The world of biology is huge, a lot more than just understanding vaccines, immunology and finding new species.

With what’s happening in the current climate, it makes sense to do a video on Biology.